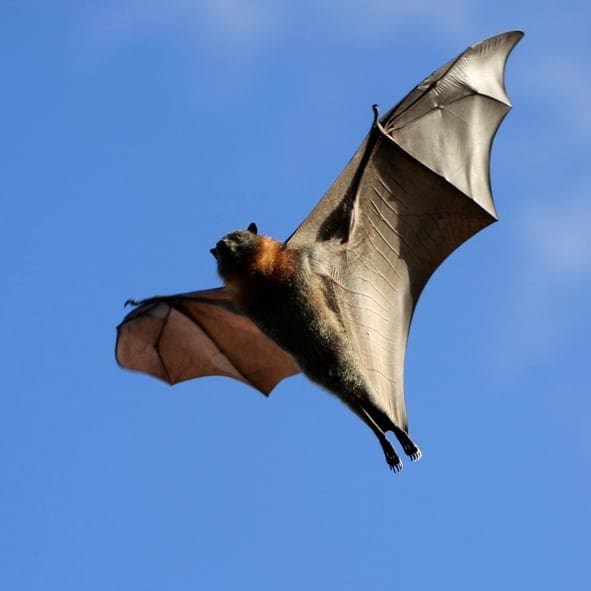 A word about the flying fox from the Australian Wildlife Society

Have you seen a flying fox?

Flying-foxes, otherwise known as fruit bats, are placental (Eutherian) mammals and members of the Pteropodidae family. They have the largest body size of all bats, weighing up to one kilogram, with a wing span which may exceed one metre. There are eight known species of flying-fox in Australia, of which only four are relatively widespread on the Australian mainland. These are the black, the spectacled, the grey-headed and the little red flying-foxes. The first three of these have similar habits and lifestyle but are found in different parts of Australia, their ranges partially overlapping. The little red flying-fox is smaller and gives birth at a different time to the others and tends to follow the flowering of the eucalypts inland, moving to the coast irregularly. MORE »

Members of the Australian Wildlife Society have been working since the Society's foundation in May 1909 to preserve and protect Australia's wildlife in all its forms.

One of our most recent projects is helping to raise the profile of the flying fox and protect the species from decline.

Flying Foxes are (one of) Australia's least understood mammals. While the kangaroo has international acclaim there are not many people who have seen a flying fox in the wild - many don't even know what one looks like!

Thank you for your support.

Do you love flying foxes?
With your support we can save Australia's precious flying foxes

Join the Australian Wildlife Society's flying foxes donation program for as little as $10 or more each month and together we can make Australia a safe place where native wildlife conservation matters.

Donations of $2 or more are fully tax deductible and all quoted dollar amounts are in Australian currency.