Mr Ken Mason joined the Society in 2014 and has served on the Board of Directors for eight years (resigned in 2022).  He served as Vice President and represented the Society in several presentations to the Hunter Wetland Centre and the Invasive Species Council.  He has made significant financial contributions to the work of the Society and was most recently awarded the Environmentalist of the year certificate by local MP Mark Coure MP.  We congratulate Ken on being added to the Society’s Roll of Honour. 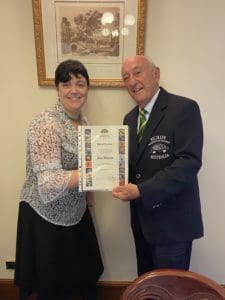 Dr Clive Williams OAM joined the Society in 1986 and served on the Board of Directors for over thirty years (resigned in 2017).  Clive significantly contributed to our major wildlife conservation projects, including Towra Point Nature Reserve rehabilitation and restoration work for migratory wading birds, Rockdale Wetland Corridor restoration, and National Tree Day programs.  Clive played a substantial role in judging the Society’s annual awards.  We congratulate Clive on being added to the Society’s Roll of Honour. 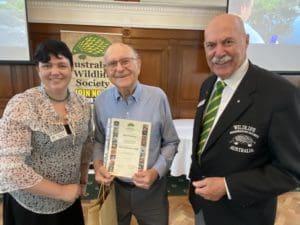 Mrs Suzanne Medway AM joined the Society in 1988 and served on the Board of Directors from 2000 to 2021 (resigned in 2021).  Suzanne was elected as the National President in 2010 and held this position until 2021.  Suzanne edited three books during her term of office and served as the Chief Editor of Australian Wildlife from 2001 to 2020 with distinction.  Suzanne established the Society’s website and social media programs and represented the Society at local, national, and international conferences.  We congratulate Suzanne on being added to the Society’s Roll of Honour. 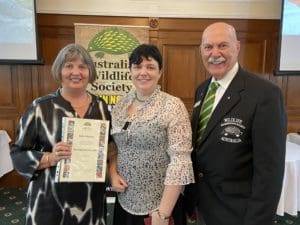 Suzanne Medway AM, Dr Julie Old, and Patrick Medway AM.

Dr Richard Mason joined the Society in 1976 and served on the Board of Directors for more than forty years (resigned in 2017), mainly as a Vice President of the Society.  Richard is a keen ornithologist and a passionate advocate for the preservation of Australian wildlife through the Society, NSW National Parks Association, the National Trust of Australia, and Hornsby Conservation Society Inc. 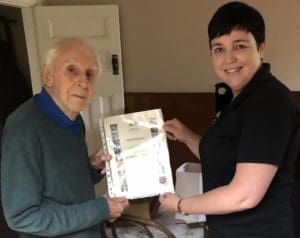