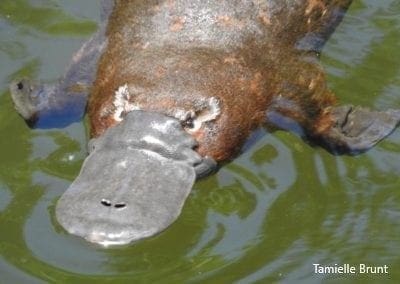 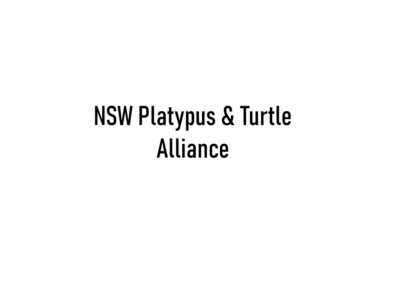 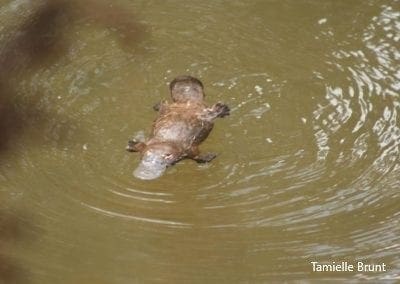 The NSW Platypus and Turtle Alliance consists of key stakeholders and experts in the field of wildlife conservation. AWS formed the alliance:

In NSW, air-breathing aquatic wildlife are being caught and drowning horrible deaths in ‘set and forget’ enclosed yabby traps such as opera house nets (the most common type used). This has been going on for years. The use and possession of yabby/opera house traps are banned in public waters east of the Newell Highway and in three stretches of river west of the Newell Highway: the Edward River upstream of Stevens Weir, the Murray River upstream of the Echuca/Moama Rd Bridge and the Murrumbidgee River upstream of Darlington Point Rd Bridge. All yabby traps are required to have a bycatch reduction device with a maximum diameter of 90mm (fixed ring) fitted to all entrance funnels. The intent of the general yabby trap closure and the bycatch reduction device is to prevent the death of platypuses and minimise the capture of air-breathing aquatic wildlife such as turtles and water rats. However, there is still confusion around these current regulations and traps (with any entrance size) are being used illegally in freshwater waterways and still causing deaths. Therefore, this indicates that many people are either unaware of the law or intent on ignoring it. We believe current regulations, although a step in the right direction, is not sufficient to prevent avoidable deaths. Wildlife-friendly nets such as open-topped or hoop nets should be successfully promoted to recreational fishers to achieve their catch of crayfish. Information sheet >>

Furthermore, these vile traps allow the air-breathing aquatic wildlife to enter but not find their way out, and so in just a few minutes, the results are inevitable and tragic. To make matters worse, when abandoned in a waterway, these traps ‘ghost fish’ - meaning even after one animal is captured and killed, they can continue to capture and drown other animal’s infinitum, over days, weeks or years. Another concern specifically to the female platypuses is that many enclosed yabby traps are used during the summer months when the females are foraging for food to nourish their babies. If a mother platypus dies, her young will certainly also starve to death. The nets are cheap in retail stores and on-line, many with no warnings on legislation or the risks to platypuses and other air-breathing aquatic wildlife. Just recently Victoria took a lead in announcing a ban on these traps and a swap-out scheme to safer traps, and many retailers such as eBAY, Big W, Kmart and Anglers Warehouse voluntarily withdrew their sales. An open-top yabby net, which air-breathing aquatic wildlife can escape from

Mission and Formation of the Alliance

The NSW Platypus and Turtle Alliance is advocating for a full-ban on enclosed yabby traps (sale, use, and possession) in NSW to protect Australia’s air-breathing aquatic wildlife such as platypuses, turtles and rakali. Our mission is to prevent the indiscriminate cruel drowning deaths of platypuses and other air-breathing aquatic wildlife in NSW that occur via the use of enclosed yabby traps such as opera house nets. We are not against yabby fishing, we would just like to see it happen in a way that is safe for platypuses and other air-breathing aquatic wildlife. The alliance is being formed off the back of the success of the Victorian Alliance for Platypus Safe Yabby Traps and Queensland Alliance for Platypus. The Victorian success in banning enclosed yabby traps across the state has been a push for other states to step up and do the same. Legislation in the ACT has also been passed.

We want traps that kill air-breathing aquatic wildlife to be prohibited, and specifically legislation/regulations to ban the sale, possession and use of enclosed yabby traps in NSW.

Such legislation in NSW could include:

We want Australian manufacturers such as Anaconda and other suppliers to voluntarily and immediately stop producing and selling enclosed yabby traps (especially opera house nets). In the interim, we want them to immediately and clearly label these traps with a warning that these are potential death traps for air-breathing aquatic wildlife.

We want owners/users to immediately stop using the traps that they have, on public and private land. This could be accomplished before (and after amended regulation) by increased awareness/education which the alliance will work on.

We want the public to report the use of any illegally used traps to authorities. This could be achieved by increased awareness/education which the alliance will work on.

Australian Wildlife Society met with the NSW Minister for the Environment, on behalf of the alliance, at Parliament House on Wednesday 13 November 2019 to ask the Minister to formally launch the NSW Platypus and Turtle Alliance and implement the strategy.

Minister Matt Kean MP is committed to wildlife conservation issues and has offered us his full support as we work with government agencies to save our native wildlife in all its forms for the next generation of young Australians. The Minister expressed his strong support for our new alliance and promised to give us a ‘timeline’ for the implementation to ban the use of these opera house traps in NSW and implement a net exchange program to help save the platypus and other air breathing aquatic wildlife from drowning in NSW rivers.

Australian Wildlife Society CEO, Patrick Medway AM, expressed his gratitude and thanked AWS Director's for their support of the official launch of the NSW Platypus and Turtle Alliance today. We are also indebted to the strong support from Stephen Kamper MP for Rockdale who hosted the Luncheon and helped set up the meeting with the NSW Minister Matt Kean MP.  Stephen is also a long term member of the Society and has been instrumental in other wildlife conservation projects. The CEO also thanked Professor Richard Kingsford of UNSW for his ongoing expert advice on wildlife conservation issues and in particular for today's launch of the alliance.

The National President, Suzanne Medway AM, is delighted with the outcome to provide such support to help save the platypus in New South Wales. We have successfully had the use of these lethal traps banned in Victoria and Tasmania and expect the same results soon in NSW. Legislation in the ACT has been passed and Queensland is doing its best to achieve the same outcome. 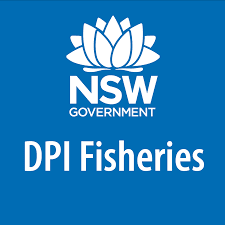