A word about the wombat from the Australian Wildlife Society

Have you seen a wombat?

Wombats are mysterious creatures, usually venturing out of their underground burrows at night and hiding under the cloak of darkness. There are three species of wombat and all are short and stocky bundles of bravado! There's the:

Members of the Australian Wildlife Society have been working since the Society's foundation in May 1909 to preserve and protect Australia's wildlife in all its forms.

Wombats are (one of) Australia's least understood marsupials. While the kangaroo has international acclaim there are not many people who have seen a wombat in the wild - many don't even know what one looks like!

We invite you, a visitor to our website, to also help and support the program to "Save Wombats" by making a donation to the conservation work of the Society. MORE »

Also, check out these other wombat conservation groups that are working tirelessly to save all species of wombat before we lose them forever.

Do you love wombats?

With your support, we can save Australia's precious wombats. Join the Australian Wildlife Society's wombat donation program for as little as $10 or more each month and together we can make Australia a safe place where native wildlife conservation matters. 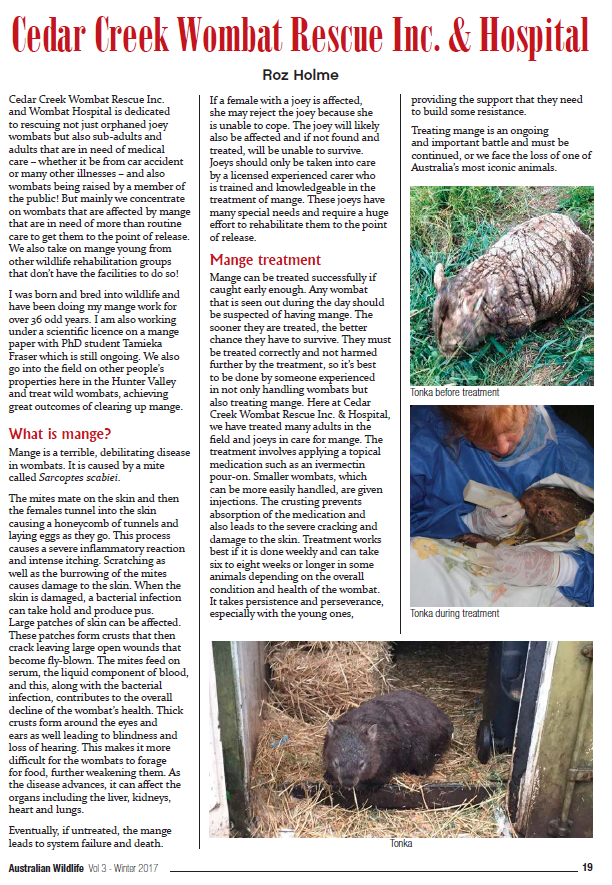